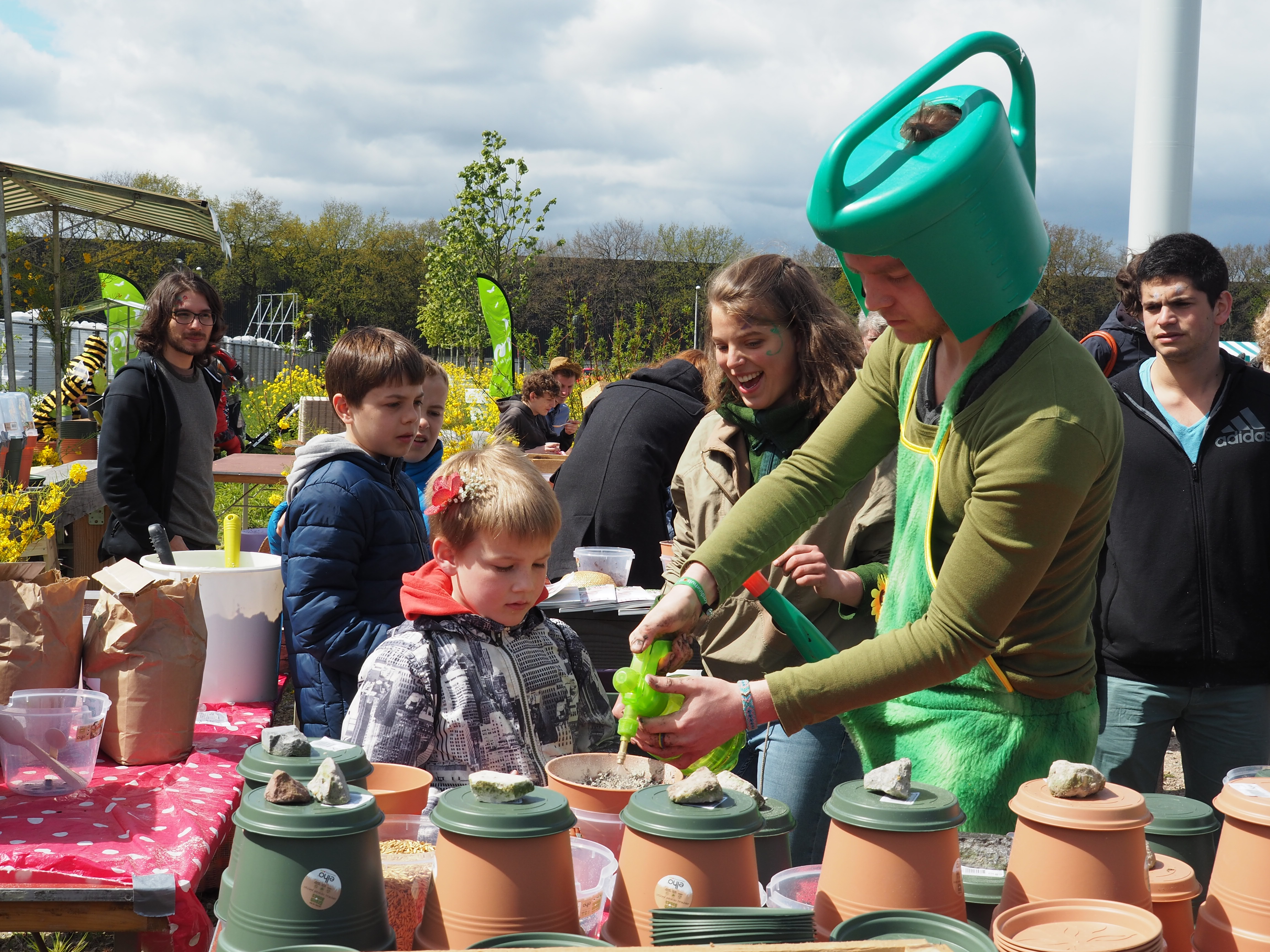 During one of the typical Sundays in April with very changeful weather, Transform Tilburg was invited to do some exciting work at the Voorjaarsfestival voor Blije Bijen & Vrolijke Vogels. In English that translates as Spring Festival for Happy Bees & Birds and the broader mission of this event was to get children acquainted better with the nature surrounding them.
Everything took place at a meadow encompassing a little lake at the northern most corner of Tilburg. Yet, the area was not located in a forest but between the huge and metallic stockrooms of some resident firms. To reach it, a bike trip of nearly an hour was necessary which allowed us to set eyes on remote corners of Tilburg which we never got to see before. Moreover, my colleagues from Transform Tilburg and I are mostly students from Tilburg University and hence do not make our hands dirty that often. That is why we enjoyed the muddy task, which was waiting for us, a lot.
First we mixed a mass out of clay, ground and some dung. In there we also poured seeds of flowers.
Afterwards we were to form balls out of this brown dough and those balls were then supposed to be used for something which is called Guerrilla Gardening. As one throws the little bombs to earthy ground and rain has come over them, there will flowers be grown from the seeds. And important at this point is, that these weren’t just any flowers but explicitly some that are favoured much by the bees.
So in the end we were not only working on making Tilburg City a little bit greener but also to attract more bees into the city again. Many of the children, often also their parents, took away an egg carton filled with our happy-bee-bombs.
So, beware! If in two months you maybe spot some flowers sprouting at a place where flowers usually do not sprout, trace it back to the busy crowds of kids who came to the festival.